Ireland is the true ‘Home of Halloween’ 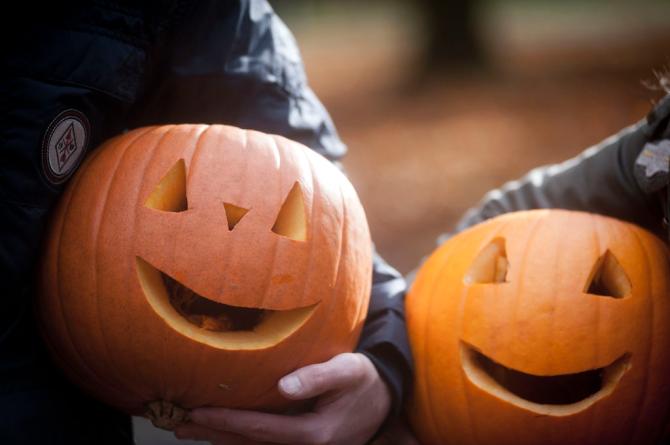 TOURISM Ireland is rolling out a major PR and publicity push to top travel and lifestyle journalists around the world this week, to celebrate the island of Ireland’s connection with Halloween.

An extensive programme of promotional activity is spreading the word that Northern Ireland and the island of Ireland is the true ‘Home of Halloween’ and that many of the world’s well-known Halloween traditions began here.

Tourism Ireland’s aim is to ensure that the island of Ireland is part of the online conversation about Halloween this week and that it remains ‘top of mind’ among prospective visitors around the world, until the time is right for them to visit again.

All the arrangements on the ground on the island of Ireland were put in place by Visit Derry, Tourism NI and Fáilte Ireland.

The special Halloween events and activities include:

· Tourism Ireland invited around 150 popular journalists, bloggers and influencers – from the United States, Canada, GB, Germany, France, Italy, the Netherlands, Belgium, Switzerland, Austria and the Nordic countries – to take part in a number of fun virtual events this week, to reveal the origins of Halloween here and to help generate a lively online conversation about Northern Ireland and the island of Ireland.

· In advance of these virtual events, the journalists and influencers received a special Halloween box full of artisan produce and crafts – including Banagher Bold cheese from Tamnagh Foods in the Sperrin Mountains, FieldDay candles (based in Newtownards), barmbrack from Bakealicious bakery in Navan, Cockagee cider from The Cider Mill in Slane, Glendalough Whiskey and a scarf from Triona Design. They then shared screenshots of the box and its contents on their social channels with their fans and followers, using the hashtag #IrelandHomeOfHalloween. Similar Halloween boxes were also distributed to journalists in Spain, Australia, New Zealand, the UAE and India.

· In the United States, Tourism Ireland hosted a satellite media tour, with more than 12 million people tuning in, to find out about our Halloween traditions. The broadcasts included interviews with Winifred the Witch (broadcasting from Derry’s historic city walls), celebrity chef Kevin Dundon, Dacre Stoker (the great grandnephew of Bram Stoker), folklorist Billy Mag Fhloinn, as well as Clodagh Doyle from the National Museum of Ireland. The interviews will also be broadcast on Facebook Live in conjunction with Travelzoo, which has more than 28 million members, all avid travellers.

· In the Nordic countries, Clodagh Doyle from the National Museum of Ireland also worked with Tourism Ireland to create a special Halloween podcast. Listeners can tune in this week, on Spotify or Apple Podcasts, to hear all about the origins of our Halloween traditions, games and legends.

· In Canada, celebrity chef Clodagh McKenna showcased some of our Halloween treats and traditions on The Marilyn Denis Show, a popular daytime TV programme on CTV with over 2 million viewers.

Siobhan McManamy, Tourism Ireland’s Director of Markets, said: “We are rolling out a major PR and publicity push all about Halloween this week, targeting our database of top international journalists and influencers with the message that the island of Ireland is the true ‘Home of Halloween’.

"They, in turn, are sharing news about Northern Ireland and the island of Ireland with their millions of fans, followers, readers, viewers and listeners.

"Tourism Ireland’s aim is to ensure that the island of Ireland remains ‘front-of-mind’ among prospective visitors around the world, until the time is right for them to visit again.

"Once this crisis is past and Northern Ireland is open again to international visitors, we in Tourism Ireland will be ready to roll out an extensive recovery kick-start programme and to play our part in delivering a sustainable recovery for the long-term future of our industry.”

Tourism Ireland is also sharing a new online film this week, to highlight the island of Ireland as the ‘Home of Halloween’ – reminding people everywhere that many of the world’s Halloween traditions began here.