Concern and disappointment at news of tougher restrictions 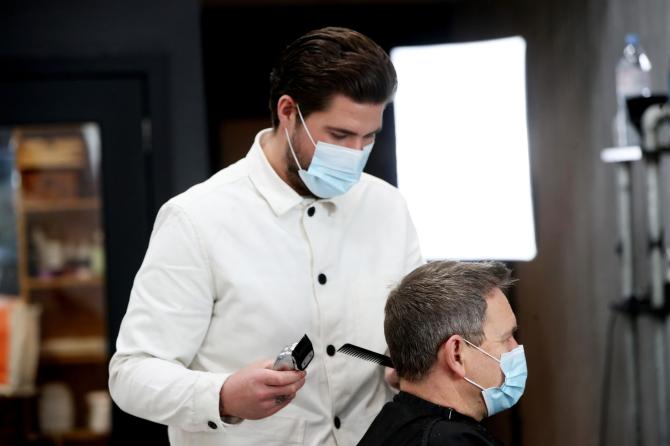 THERE has been widespread response among business and religious leaders to the announcement of further restrictions announced by the NI Executive on Thursday night.

Angela McGowan, CBI Northern Ireland Director, said that companies understood that the health system can not function properly without a significant reduction in transmission.

"However, this latest announcement comes as a bitter blow for businesses across Northern Ireland who have invested heavily to keep their staff and customers safe," she argued.

“With the all-important festive trading period already upon us, businesses, particularly those in the hardest hit sectors such as hospitality, retail and tourism have been told continuously that they must endure short-term pain for long-term gain.

"But once again they face this start-stop lockdown approach which is playing havoc with jobs and livelihoods.

“Any support for this latest lockdown policy would require presentation of robust evidence to show that closing more businesses will reduce the level of transmission. Many companies may well need further support if they are to keep their heads above water," she added.

Federation of Small Businesses NI Head of External Affairs, Roger Pollen, called on MLAs to support a number of initiatives being proposed by the FSB.

"We continue to urge everyone to ‘Shop Small, Buy Local’ in the run up to Christmas," he said.

"This has never been more important, given the massive restrictions that have been placed on local businesses, whilst their international online competitors continue unhindered.

“To help level the playing field we are undertaking a number of initiatives between now and Christmas.

“The first is to help local businesses to start or to develop their own online platforms.

“The second initiative is that we intend to press ahead with ‘FSB Festive Fortnight’ campaign, deferring it by two weeks so the focus will be on the two weeks starting 11 December when the restrictions are due to ease.

“Our third initiative is to do all we can to ensure access to finance for businesses that are caught in this truly horrible situation.

“For a great many, their very survival is now at risk, so we are urging Ministers and MLAs to get generous grants approved and processed as a matter of the highest priority.”

“The health of our communities is a priority but without appropriate support for hotels, which have been and continue to be adversely impacted by the move, it could mean ‘lights out’. They just won’t be able to open again," she said.

"The sacrifice made by the hotel sector appears to have had no impact on the trajectory of the pandemic and the consequences of a further closure with no trading could be catastrophic.

"Many hotels use the busy Christmas period to build up reserves to trade through the quieter months of January and February, something which simply won’t happen this year.

"Christmas has been severely curtailed and with businesses having 25 weeks of closure imposed on them, many are looking at an uncertain future," she added.

Finally, the Moderator of the Presbyterian Church in Ireland, Rt Rev Dr David Bruce, said the new guidelines were 'a major pastoral concern for us and our congregations.'