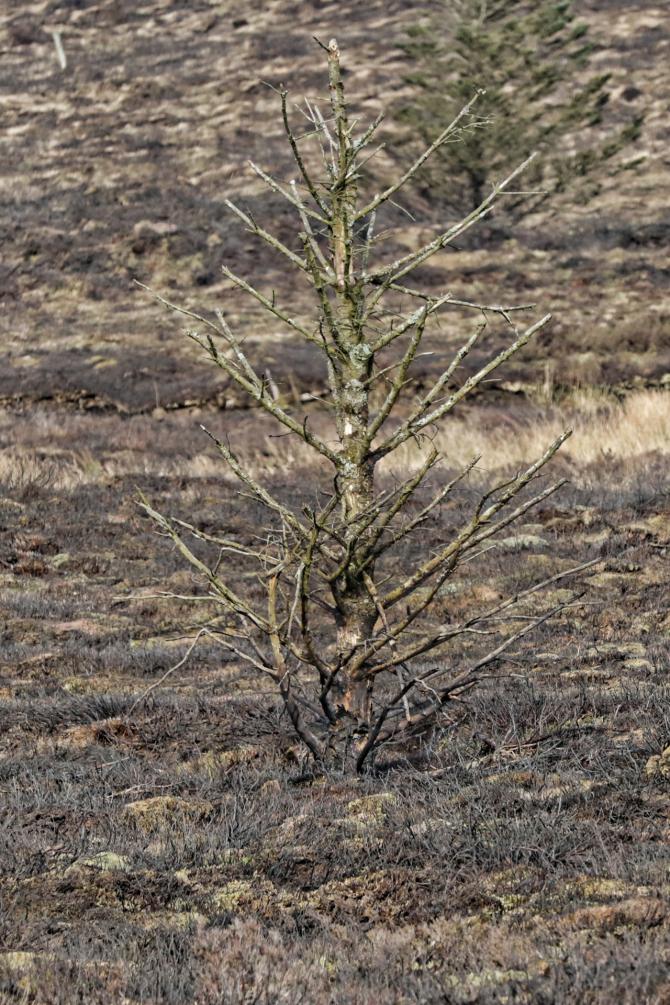 A scorched tree surrounded by burnt heather following a gorse fire at Ballyhacket on Thursday night.

A LARGE gorse fire in County Londonderry was started deliberately, the Northern Ireland Fire and Rescue Service (NIFRS) has said.

Fire crews were called to the blaze at Ballyhackett viewpoint near Articlave shortly after 6pm on Thursday.

Approximately 35 firefighters and five appliances were involved in tackling the mile-long fire before it was brought under control.