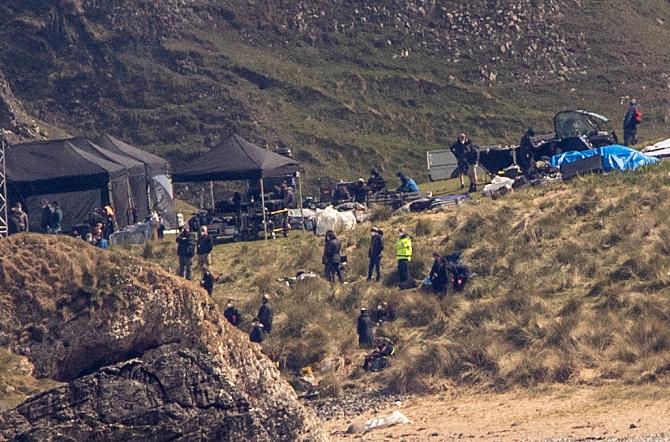 THESE are exciting times for the NI film and television industry.

Earlier, we brought you news of how Netflix film ‘The School for Good and Evil’ is currently being filmed at Belfast Harbour Studios.

Directed by Paul Feig of 'Bridesmaids' and 'Ghostbusters' fame and starring Charlize Theron, Laurence Fishburne and Kerry Washington, ‘The School for Good and Evil’ is based on a best-selling series of young adult fantasy novels by Soman Chainani and follows a group of girls and boys who are taken to an institution and trained to become fairy tale-like heroes and villains.

Now, comes news of a second major production being shot in the province - 'Dungeons and Dragons.'

Local photographer Steven McAuley of McAuley Multimedia managed to get a few snaps of filming taking place at Ballintoy this week.

The north coast venue, of course, previously featured in the incredibly popular HBO series 'Game of Thrones' and is a favourite, it seems, of film directors and production companies.

In addition, American actor Patrick Dempsey has apparently been spotted in the province over the past number of days with speculation linking him to the Ballintoy shoot.