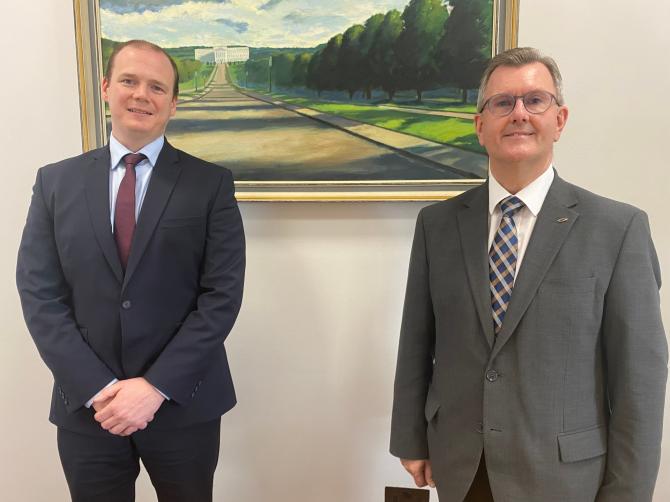 Announcing the change, Mr Donaldson paid tribute to Paul Frew for his work over the last number of weeks.

“He has been a dedicated Minister, progressing a number of important issues in the Department for the Economy which will be of benefit to everyone in Northern Ireland in due course," said the DUP leader.

"I have taken the decision to make limited ministerial and post-holder changes at this time so as to minimise any impact personnel changes would have on the business of delivering for people across Northern Ireland.

"I am mindful that our Executive team, in conjunction with Ministers from other parties, has further significant work to do in the next short period. I do, however, intend to conduct a more fundamental reshuffle of posts in September.

"I have appointed Gordon Lyons to be the new Minister for the Economy. Gordon is well equipped to take on the role and brings with him valuable experience, having served as a Junior Minister within the Executive Office and as DAERA Minister for a period earlier this year.

"I know he will be focused on rebuilding and revitalising Northern Ireland’s economy as we emerge from the Covid pandemic," added Mr Donaldson.

He grew up just outside Coleraine and attended the Irish Society Primary and then Dalriada School in Ballymoney.

After graduating from Newcastle University he entered politics via a staff post with East Antrim MP Sammy Wilson.

When he temporarily took over the agriculture and environment portfolio in February he told The Chronicle that he remained 'very proud' of his Coleraine roots.

He said he still had family in the area and was a frequent visitor.

“I always enjoy coming back to the north coast,” he said.