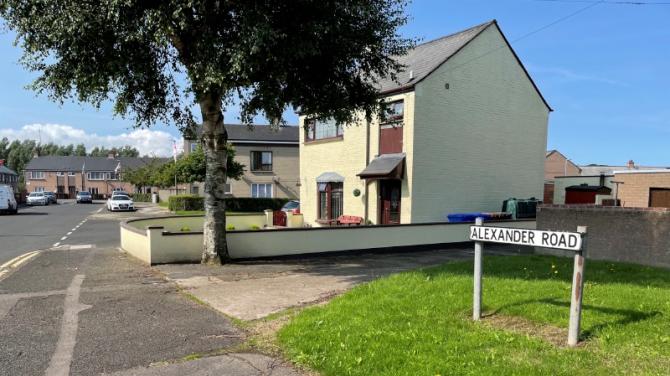 THE overseeing and management of two Northern Ireland Housing Executive (NIHE) projects in Limavady have been called into question following complaints of delays and quality of work on houses.

The Northern Constitution have received negative reports on the standard of work on housing schemes on Alexander Road and Sperrin Road in the town.

MLA George Robinson has criticised the NI Housing Executive for poor oversight of these schemes.

Mr Robinson said: “I want to make it clear at the outset I have no criticism of our local NIHE office or staff, my concerns lie solely at regional level and above where these schemes are devised, awarded and managed.

“In recent months, my office has been dealing with numerous complaints on schemes and repairs carried out throughout the area.

“This is from delays in the start of schemes, how schemes are managed, the quality of work, how disjointed the organisation of these schemes seems and the lack of response from regional offices when complaints are made.

“My council colleagues, Ald Alan Robinson and Cllr Edgar Scott, have invested many hours seeking to rectify the issues raised with them, only to find a sluggish, if any, response from those overseeing the schemes within the NIHE.

“The Minister with responsibility for housing urging that these problems are dealt with in a timely manner and that processes are put in place to prevent schemes being subject to such a high level of complaints.

“There should also be a single contact for the scheme from the NIHE or contractor or both where problems can be addresses.

“I have respect for our local office staff who have to deal with the mistakes or lack of action from others.

“It is unfair on them when things go wrong and they have to deal with the fallout.

“I want a workable system which ensure NIHE tenants get quality schemes delivered speedily and with quality.”

A NI Housing Executive spokesperson told the Northern Constitution it is aware of the issues raised and are taking actions to resolve all problems.

The NIHE spokesperson said: “We are aware of issues raised by Mr Robinson and his colleagues on quality and workmanship on two recent improvement schemes.