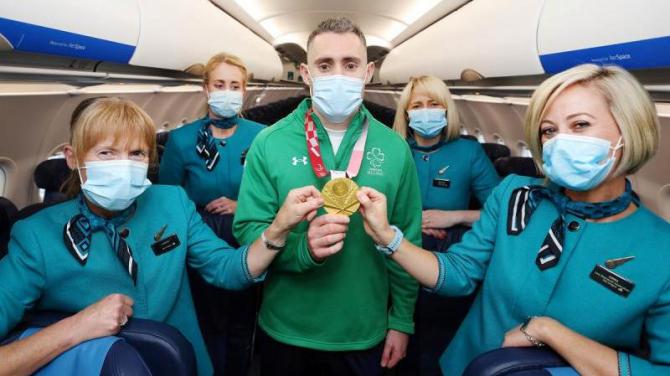 EGLINTON runner Jason Smyth has claimed his sixth Paralympic gold medal in a photo-finish after winning the Men's 100m T13 final in Tokyo.

The former Limavady Grammar School pupil pipped Skander Djamil Athmani in a tense finale, with the Derry man coming in just one hundredth of a second quicker than the Algerian.

Speaking to Off The Ball podcast on Monday morning (September 6), Jason said: “The success I've had is somewhat unbelievable, 21 medals and I've never been beaten at a Paralympic games.

“In saying that, behind the scenes there has been so much work put in and so much sacrifice.