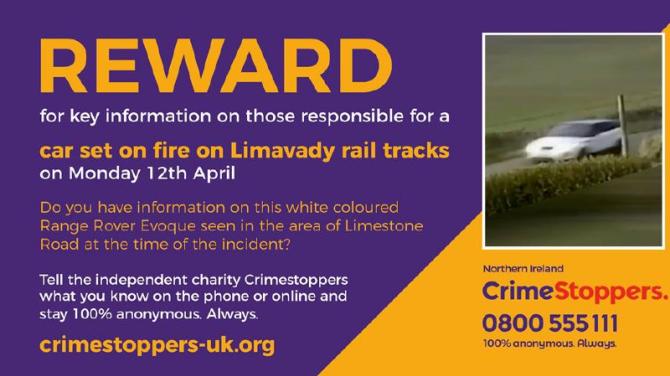 AFTER a train driver narrowly averted disaster on rail tracks in Limavady last year, a £3,000 reward is being offered for anonymous vital information on a car ablaze on the tracks.

The quick thinking train driver performed an emergency stop on spotting a car on fire on the rail line on April 12 last year, at 9.00pm, that could have led to serious loss of life

Independent charity Crimestoppers is now offering £3,000 to anyone providing anonymous vital information on the incident.