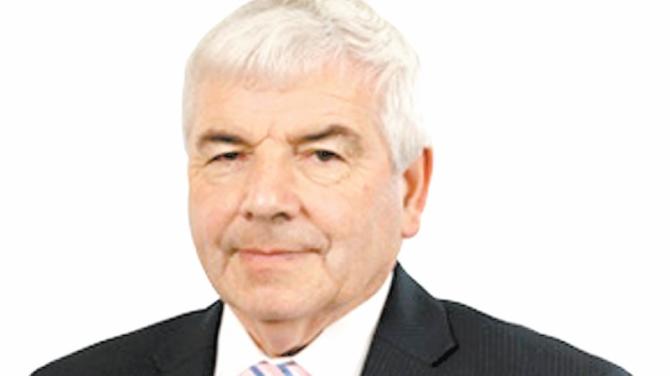 MINISTER for infrastructure Nichola Mallon has rejected claims of “regional disparity” by DUP MLA George Robinson after she refused to attend a meeting regarding developments of a Ballykelly bypass including the assessment of a climbing lane at Gortcorbies.

Local MLA George Robinson expressed his disappointment at the refusal of the Infrastructure minister to visit Limavady.

Mr Robinson said: “I had written to the Infrastructure minister on September 15 2021 asking her to visit Limavady with specific concentration on the Ballykelly By-pass, the Gortcorbies climbing lane and concerns about the development at the former Shackleton site which fall under her department’s control.

“I was very disappointed to receive a reply saying that with a new Regional Strategic Transport Network Plan under development that 'the minister considers there would be little to be gained from a meeting at this time.”

He continued: “I would have thought that, with this plan under development, it was the perfect time for the Minister to visit our area and see at first the genuine need there is for these projects to be developed as part of this plan.

“However, all I see is just another example of regional disparity from the Minister with her refusal to visit this area.

“At what point will the Minister take the concerns of residents, holidaymakers and commuters seriously regarding the A37 arterial route from Coleraine to Londonderry,” concluded Mr Robinson.