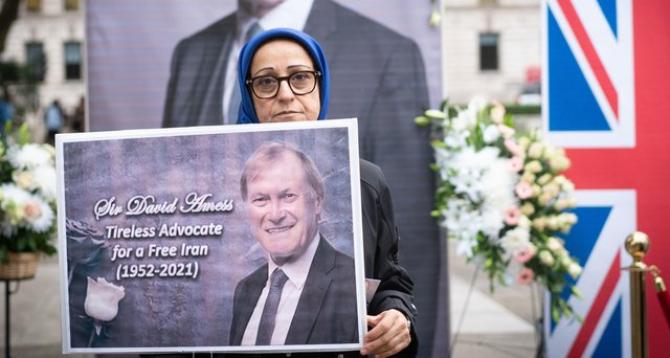 Learning that Conservative MP Sir David Amess had succumbed to his injuries following the horrific attack at his constituency surgery sickened me to my core. As a lifelong political nerd, my earliest memory of him was when he unexpectedly held on to his Basildon seat in the 1992 General Election, the first sign that John Major’s government was set to defy the odds and remain in power. Following a boundary review, David switched seats in time for the 1997 poll in which he was returned as the new Member of Parliament for Southend West.

I met him at a drinks reception a few weeks later after being appointed to head the Ulster Unionist Party’s office in Westminster. I was a little starstruck and said he would always be 'Basildon Man' man to me. I bumped into him regularly at similar events over the next six years and, as so many other recollections over recent days confirm, he always had a ready smile and a cheery word. David’s death is a massive loss to our democracy and, like Jo Cox, I have no doubt that his legacy will endure long after most of us are forgotten.

Sadly, threats – and worse – to UK Members of Parliament are not new, although the context has changed considerably in recent decades. My first job in politics was in 1996 working in the constituency office of a long-serving Northern Ireland MP. There was no IRA ceasefire back then. Whilst several of his Parliamentary colleagues had round the clock police protection when in the Province, he did not. Instead, he and his staff had to make do with a couple of sheets of bullet proof glass, a CCTV camera and a panic alarm. We just got on with it.

Indeed, the starkness of the threats we faced only dawned on me months later when the Ulster Unionist Chief Whip came to my little terraced house in South Belfast to interview me for the job in Westminster. I opened the door and there he was, flanked by armed close protection officers. Outside were two police cars with more officers. I suspect my former neighbours are still talking about it. After my inquisitor left, I remember reflecting on how brave he was to do his job. Not least because his predecessor as the local MP was shot dead by the IRA whilst hosting a constituency surgery at a community centre. The centre’s 29-year-old caretaker also died in the attack.

Westminster is often described as a 'bubble' by those who seek to deride it, and there is some truth in that in security terms at least. But most MPs are usually only in Parliament for a maximum of three nights each week when the House of Commons is sitting. The majority of their time is spent in their constituencies, dealing with the public, meeting interest groups, going on visits and generally being accessible.

This was a part of their job I had not seen much of when based full-time in London, but the challenges of being in the constituency quickly came back to me when I started working for a newly elected Yorkshire Conservative MP after the 2010 General Election. Most of the abuse hurled at MPs during my time working for the Ulster Unionists came by mail. Twice I opened newspaper articles posted to one of my MPs which contained human excrement. A colleague narrowly avoided a nasty thumb injury when attempting to open an A4 envelope with razor blades hidden in the fold. However, what public figures did not have to deal with back then was the cesspit that social media has become.

Fast forward to 2012 and a speech by the Tory MP I was working for which sought to shine a light on the issue of child grooming in West Yorkshire. It received prominent media coverage including on the pages of this newspaper. Cue vile abuse on Twitter and Facebook, followed by a direct threat to the constituency office which required us to evacuate without delay. That was on a Friday afternoon. By the following Monday, we were back at our desks trying to do our jobs.

Comments from MPs and their staff over the past few days have highlighted that, in the intervening nine years, such incidents have almost become the new normal. Public service has traditionally been an honourable endeavour and, in the interests of good government, we need the best amongst us to be willing to step forward.  I am proud that both of my children have in the past been elected by their classmates to sit on the school council. But would I want them to stand for Parliament? Despite my political nerdishness, my honest answer at this moment would be no. Given my many positive experiences of political life, that is a view which makes me feel profoundly uncomfortable.