Arrests made in Limavady linked to UDA 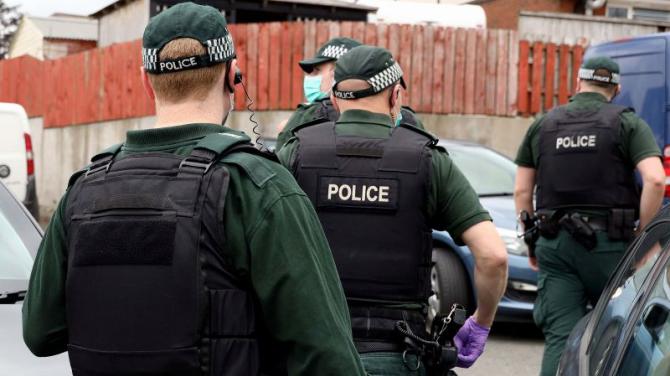 OFFICERS from the Paramilitary Crime Task Force investigating a range of human rights abuses and violent criminal activity linked to the North Antrim UDA have made arrests in Limavady.

A woman, aged 52, and four men, aged 38, 43, 47 and 50, have been arrested in the Ballymoney, Limavady and Coleraine areas on suspicion of a number of offences.

Detective Chief Inspector Brennan from the Paramilitary Crime Task Force said: “Today’s arrests are part of an ongoing investigation into the activities of those who we suspect have been engaged in a range of violent incidents including multiple shootings, assaults and incidents involving the use of explosive materials, which had the potential to cause loss of life.