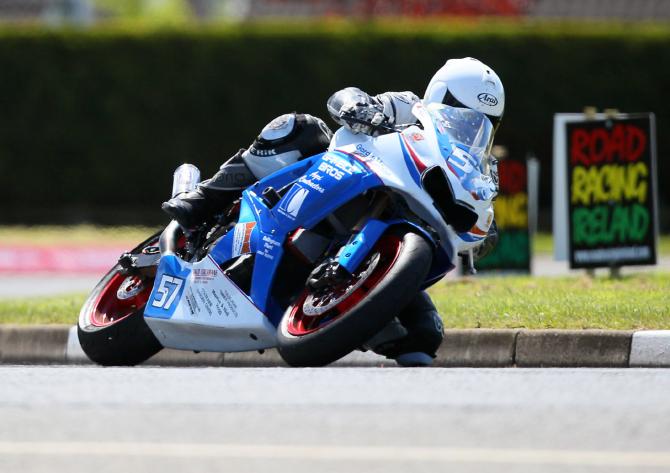 BIG NAMES from the sport of road racing have paid tribute to Portstewart’s Ian Morrell, who passed away last weekend.

Ian’s wife Michelle announced the death of the well-known rider on Sunday morning and said the events of the last few days had left her and her children ‘heartbroken’. She confirmed the cause of his death had been COVID-related.

Ian had to hang up his leathers in the summer of 2015 following a high-speed accident at the Kells course in Ireland.
He suffered life-changing injuries as a result, but quickly defied the expectations of those doctors who were overseeing his recovery.

Just five weeks after the 130mph shunt, he took his first few steps in hospital.

Despite not being able to take his place on the grid, Ian remained a familiar face in the paddock at events across Northern Ireland, including his home international - the North West 200 - where he raced on multiple occasions (pictured).

He also supported local talent wherever he possibly could, with Ballymoney’s Darryl Tweed just one of the people who benefited from his help and mentorship.

Maria Costello MBE perhaps knew Morrell better than most as she shared the roads with him in the Supertwins class.

She described him as ‘a fierce competitor on the roads’ and ‘a true warrior for coming back from terrible injuries’.

“Condolences to Ian Morrell’s family and friends. [He] always [had] time for a quick hello in the paddock,” said the Ulsterman.