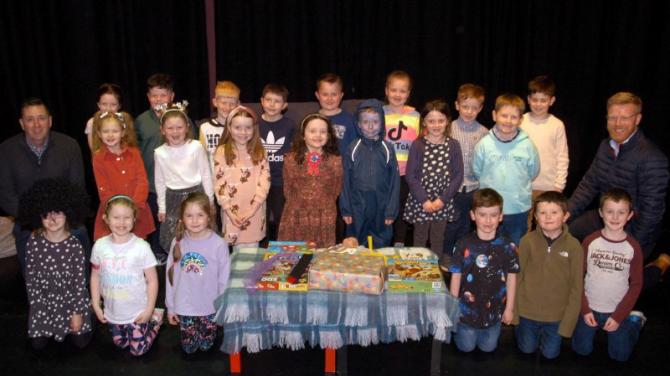 DELIGHTED pupils of Rang three at Gaelscoil Léim an Mhadaidh have qualified for the National Finals of the All-Ireland Irish Language Drama Festival.

This amazing acheivement for Gaelscoil Léim an Mhadaidh puts them as one of eleven schools in Ulster to qualify and the only school in the county to have got this far with their wonderful play, ‘Marcas Ó Mhars’ (Marcas from Mars).

Back in February, the children took part in a Derry/Tyrone heat in Omagh and then last week in an Ulster Festival in Letterkenny where they were named as having qualified for the National finals.

Proud class teacher, Múinteoir Eoghan Ó Gráda, had nothing but praise for the children.