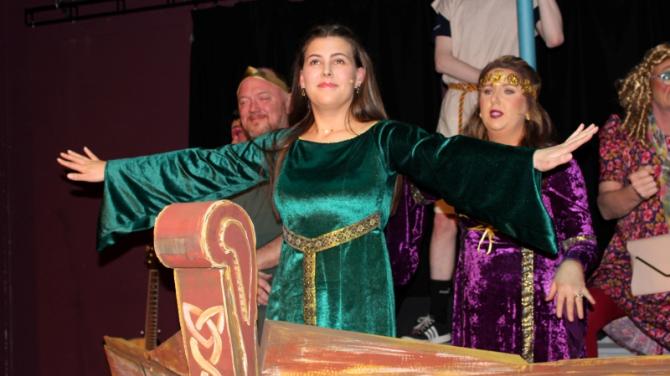 Their generous fundraiser ‘And Her Name Was…’ took place over three nights at Roe Valley Arts and Cultural Centre last week, with every show sold out.

The pantomime was a tongue in cheek version of the story of Finvola, Gem of the Roe.

Cait Coulhoun capably headed up the cast in the title role of Finvola, joined in the lead characters by Shaun Roddy playing Angus McDonald.

They were ably assisted by a talented crew playing a team of entertaining panto characters.