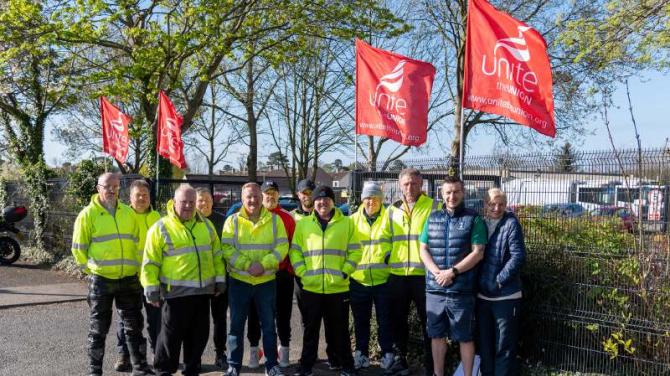 UNITE The Union members from the Causeway Coast and Glens Council came together in Limavady recently, along with education workers from Rossmar School, as they began their two weeks of strike action in the town.

The discontinuous strike involving Unite members in education started at midnight last Monday (April 25) and will be ongoing until May 10.

The action follows a previous walk-out in March over a centrally negotiated pay offer of 1.75%.The union has called that a ‘real-terms pay cut’ as the cost of living surges.