'I was there for the Queen's Coronation' 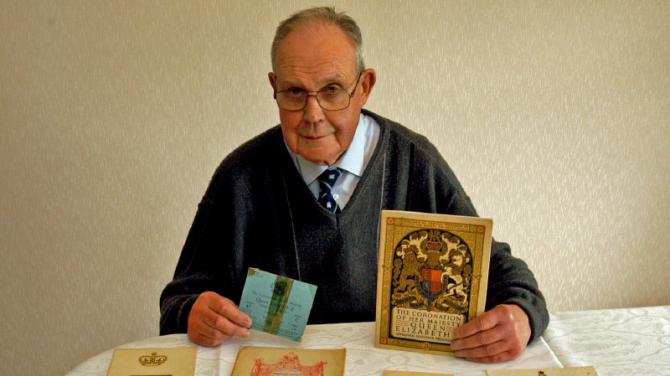 WITH the Platinum Jubilee of Queen Elizabeth II fast approaching, a former Limavady Principal has shared his fond memories of attending Her Majesty's Coronation as a 14-year-old schoolboy almost 70 years ago.

Christopher Wilson, former Head of Greystone Hall, now known as Rossmar School in Limavady, spoke to the Northern Constitution this week, recalling the magical experience of taking his uncle's invitation to make it past Buckingham Palace gates as a teenager.

The Coronation of Queen Elizabeth II was transmitted live on television and many bought their first TV set to watch the ceremony.

Christopher recalled accompanying his aunt to London, unaware that he was about to become, as he describes, a 'palace gate crasher' on Wednesday May 27 1953.

He explained:“On my mother’s side of the family I had an aunt and uncle who were, at the time of our Queen’s Coronation, very much involved in the public life of Belfast and Northern Ireland.

“My uncle, because of his business interests, was unable to come over to London until the day before the actual Coronation day, Tuesday 2 June 1953.

“In his place I accompanied my aunt - we travelled on the overnight Belfast to Heysham steamer and on Thursday morning boarded the British Railways Ulster Express to Euston Station.”