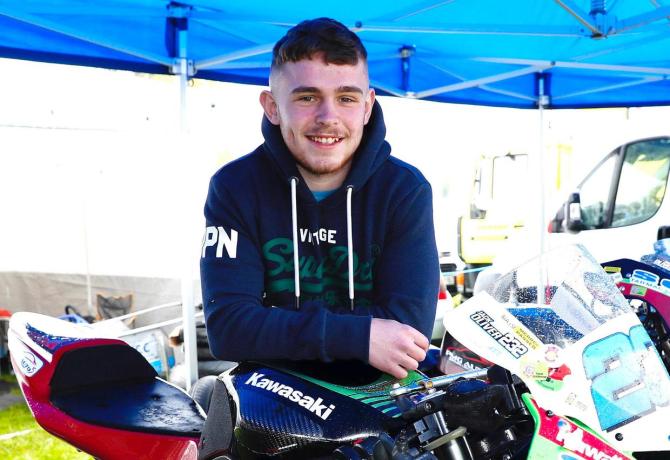 A YOUNG Limavady road racer has died in an accident at the Kells Road Races in County Meath.

Tributes were paid online to 22-year-old Jack Oliver after he came off his Kawasaki motorbike on Sunday afternoon in the Supersport race at the Crossakiel circuit, resulting in a red flag stoppage.

The devastated family of the talented young racer confirmed the news on social media saying he had died "doing what he loved."

In a statement, Garda said emergency services attended the scene of a single vehicle collision at a closed racing circuit in Crossakiel, County Meath.

“The collision occurred at approximately 1.30pm and involved a motorcyclist,” a spokesperson said.

“The motorcyclist, a man aged in his early 20s, was pronounced dead at the scene.

"His body has been removed to Navan Hospital.”