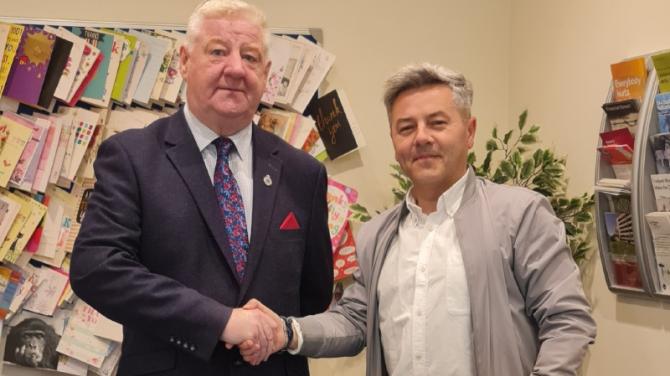 THE Democratic Unionist Party have announced the replacement for former Alderman Alan Robinson who recently was elected to The Northern Ireland Assembly.

Steven Callaghan who has been a member of the party for a decade was chosen by the party Officers on a co-option and will represent Limavady Town.

He said: “Steven is a former senior RUC Officer whose resolve will be carried forward to his new role as an elected representative.