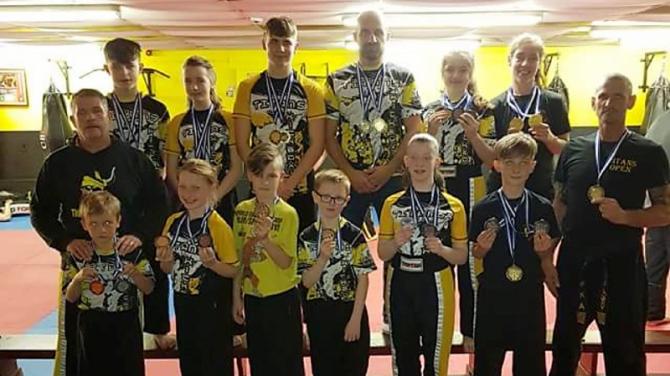 The local club took 13 fighters to the event, where teams from Scotland, England, Wales and Ireland comptetd for the top honours.

In total there were 43 different clubs in attendance.

The Titans had a fantastic tournament winning 18 Gold,, seven Silver and two Bronze medals a combined total of 27 medals, the excellent performance means that the Limavady club came home with 10 Scottish champions.

The icing on the cake for the local club camr when the tally of medals was added up and the Limavady Titans were named top club from all those taking part.

Club Coach Willie Lowry, said “The titans have been putting in a lot of training in preparation for this event and others which are on the horizon, and it showed this weekend, showing just what you can acheive if you want it bad enough, I am so proud of my Junior and Senior students who competed”

The club are now looking forward to the get The Point Tournament in Derry and the Rumble in Dublin.