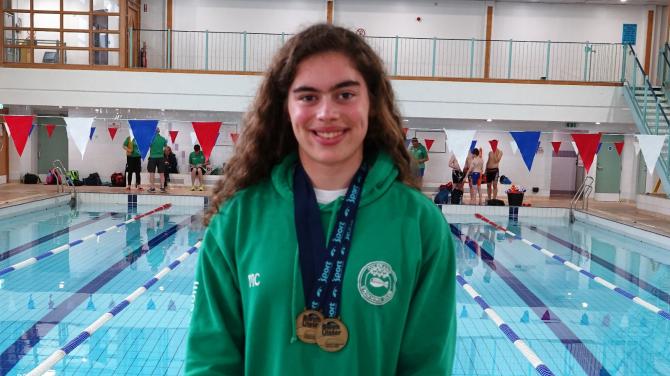 IS there no end to Molly Curry's talents?

The 17-year-old is one of the country's leading rowers and is being lined up to represent Ireland in the Junior World Rowing Championships in Japan later this year.

The Coleraine Grammar School pupil is equally adept in the water, as her performances at the recent Ulster Swimming Championships.

Molly celebrated her birthday by becoming the Ulster 50m breastroke champion - smashing the record for the event held by fellow swimmer Emma Robinson for almost a quarer of a century.

She then went on to complete a rare double by winning the 100m breastroke title - the sixth year in a row she has been crowned champion in the event.

Molly's achievements were part of a tremendous set of results for Coleraine Swimming Club at the province's leading championship.

For all the details and photos from the event, see Tuesday's Chronicle.