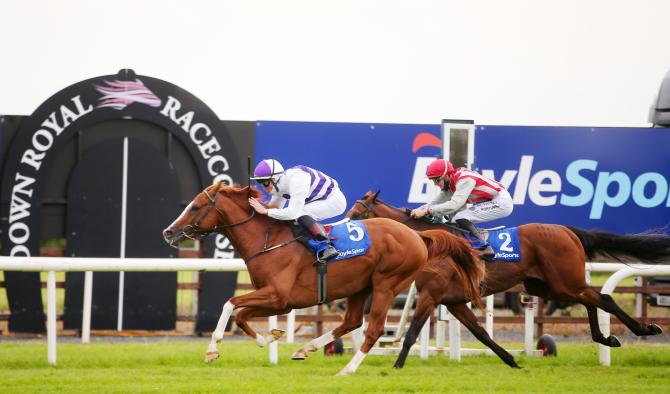 THE traditional Boxing Day national hunt fixture at Down Royal will take place a week earlier than normal this year.

The fixture will now take place on December 17 following a number of race fixture alterations announced by Horse Racing Ireland.

Horse Racing Ireland has announced the following alterations to race fixtures for December 2020:

This switch is to avoid a clash with the All Ireland Senior Football Final in Croke Park which is scheduled for Saturday December 19 (the Hurling Final on Sunday, December 13 is already a blank racing day).

Dundalk are also set to race on Friday, December 18 but as an evening meeting, so there will be no direct clash with the rescheduled Navan fixture

This switch is to reduce the number of fixtures on St Stephen’s Day from three to two given the absence of crowds, thereby maximising broadcast coverage for the meeting and reducing industry staffing issues over the busy Christmas period.