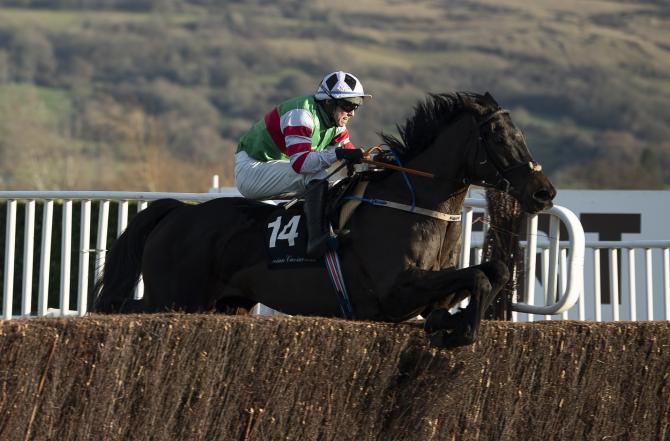 Chatham Street Lad is among the entries for the Dan & Joan Moore Memorial Handicap Chase at Fairyhouse on Saturday.

TWO recent Cheltenham winners are among the horses going forward for the Dan & Joan Moore Memorial Handicap Chase at Fairyhouse on Saturday.

The Michael Winters-trained Chatham Street Lad, which won the Caspian Caviar Gold Cup Handicap Chase a month ago, and Emmet Mullins’ Unibet Greatwood Handicap Hurdle winner, The Shunter, head an entry of 25 for the €75,000 event.

They could come up against the Joseph O'Brien-trained Front View, successful in a beginners’ chase at Fairyhouse last month, and the Jessica Harrington-trained Impact Factor which would be bidding for a third Fairyhouse success.

Gordon Elliott has left in six horses, including Chosen Mate, winner of the Johnny Henderson Grand Annual Challenge Cup Handicap Chase at the Cheltenham Festival, while Willie Mullins has both Fan Des Blues and Pont Aven.

Also featuring on Saturday’s card is the ITM Virtual Stallion Trail Hurdle for which Gordon Elliott has entered Quilixios. An impressive winner at both Punchestown and Down Royal, he tops a bumper entry of 17.

Peter Roe, General Manager of Fairyhouse Racecourse, said: "We are delighted to have another very exciting Dan & Joan Moore Memorial Handicap Chase on a great day’s racing at Fairyhouse on Saturday.

"Impact Factor was an impressive course and distance winner in the Easyfix Handicap Chase in November after which this race was immediately nominated as his target while Chatham Street Lad will be bidding to follow up on his Cheltenham win for the popular Cork trainer Mick Winters.

“The going is currently heavy with an unsettled midweek forecast but, hopefully, an improving forecast towards the weekend.”