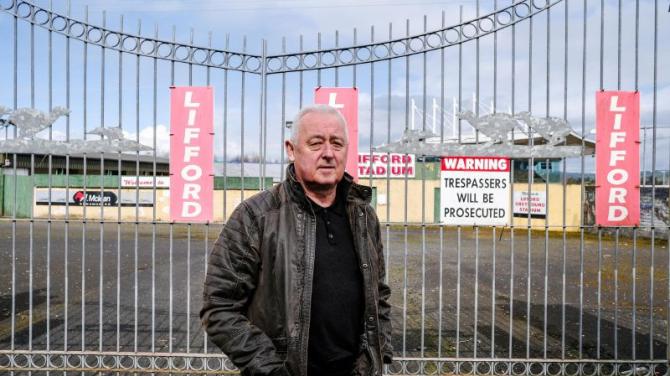 FURTHER details of the return of dog racing to Lifford have been revealed this week following the purchase of the local greyhound stadium by a business syndicate.

Last month it was confirmed that the stadium has been purchased by a group of businessmen/greyhound racing enthusiasts from England and Ireland with hopes to have the track open by summer.

The purchase comes 18 months after the popular venue, which was owned by the Duffy family for 19 years, closed its doors in August 2019.

It's understood that as well as bringing the track back into action, the syndicate plans also include an on-site veterinary clinic, crèche, boardroom and cafe facilities.

"The Duffys have been fantastic to work with, and we have no doubt that it’s mainly down to their desire to keep it as a greyhound racing venue that we managed to get the deal done without a single hiccup.

"We can’t thank them enough for making it happen", spokesman for the buyers, Gary Boyle had said.

With discussions ongoing with the Irish Greyhound Board, the return of racing to the North West has the backing of North West Greyhound Owners and Breeders Association (NWGOBA).

In a statement the grouping said the new buyers had its full support as it pushes ahead with its proposals.

NWGOBA said it has been contact with the syndicate and that "excitement is rising since the planned takeover of Lifford dog track was announced".

Chairman Paul Gallagher said: "We are looking forward to working with this forward thinking group on an ongoing basis.

"The syndicate comprises of greyhound racing enthusiasts both local and further afield.

"Lifford is widely recognised as one of the great running tracks and the purchasers are determined to return it to its former glory, which is great news for the country in general and the Lifford and Strabane area in particular.

"The syndicate is aware that the state-of-the-art stadium facility can play an important role in the future development of of both local and cross-border communities with ample private car parking space.

"They have the full support of NWGOBA at this exciting time for greyhound racing in the North West and the wider community."

The development has been welcomed by Strabane independent councillor Raymond Barr.

"I personally think this is a project that will greatly enhance the local economy and also provide the community with a leisure facility second to none," he said.

"The huge disappointment which was felt in the North West is matched by the similarly huge excited expectation with the announcement racing is back on track."