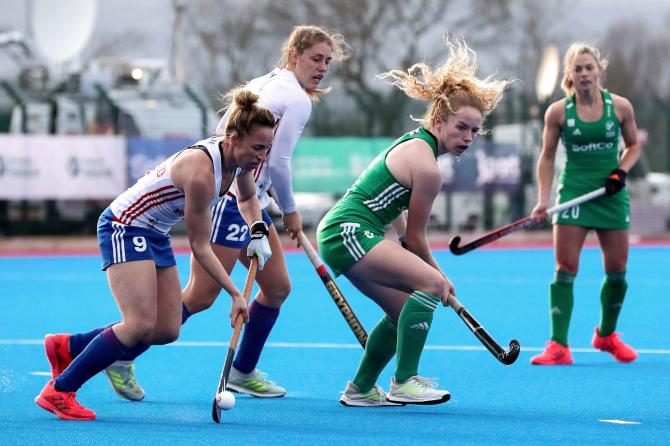 THE Green Army will take on Scotland this weekend (May 15-16) at Queen’s University Belfast as part of preparations for a busy summer.

The sides last met in July 2019, with Ireland coming away from the series at Stormont with two wins and a draw.

The uncapped matches will be part of the final home match preparations for this summer’s European Championships in Amstelveen, the Netherlands, ahead of the Tokyo Olympic Games.

Ireland will face Scotland as part of Pool A in the European Championships in June. Tournament hosts, and World Number One, the Netherlands will also play in Pool A of the Championship, with Spain completing the group.

With the EuroHockey Championships now an integral aspect of the World Cup qualification process, the 2018 silver medallists will be keen to ensure they maximise every opportunity to allow them to perform this summer in Amstelveen not only as a warmup for the postponed Tokyo Olympic Games but also to secure their spot in the 2022 World Cup.

“These are our final matches ahead of European selection," confirmed Head Coach Sean Dancer.

"We’re really looking forward to getting some games under pressure in the lead up to a major tournament."

* The matches will not be live streamed.