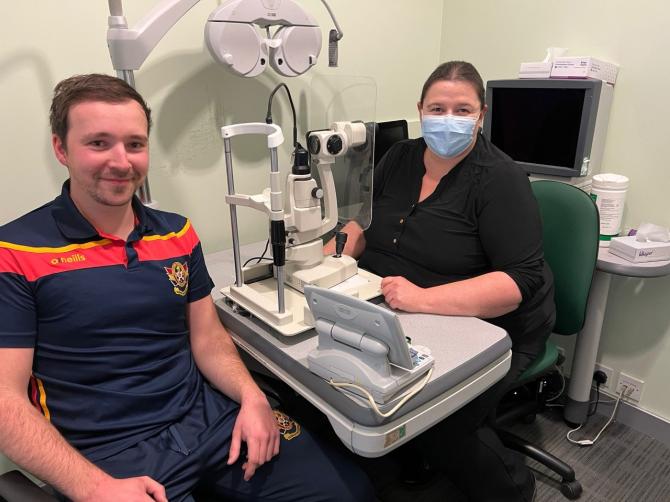 Brigade cricketers benefitted from the care and attention of Specsavers Coleraine.

BRIGADE Cricket Club from Limavady Road in Londonderry have been representing Ireland at the 2022 European Cricket League in Málaga, Spain, with Specsavers Coleraine having lent their support to the team prior to their departure.

As the store is a team’s kit sponsor, Judith Ball, Director of Specsavers Coleraine, invited the team to have an eye test to ensure they keep their eyes on the prize as they advance in Championship Week at the Cartama Oval.

Judith said: “My late father was very involved with Irish Cricket and his local club, Brigade, were very successful domestically last year. They won the All Ireland T20 final in Rathmines last August to gain entry to the European Cricket League tournament being held now in Spain.

“They have been playing teams from all over Europe and we are so proud that they are into finals week.

"It was great to have them in the store before they left, to make sure their eyesight and hearing was competition-ready.

"We wish them the very best of luck," she added.