League and cup double still firmly on for Coleraine Thirds 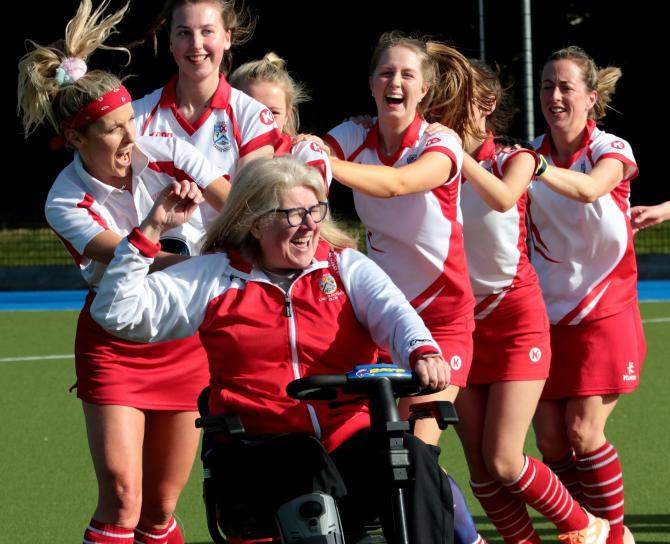 It was enough to propel Pearl McCartney's charges into the final and maintain the team's dream of a league and cup double this year.

They were pushed all the way by their Belfast opponents who started the game positively and dominated the early exchanges.

But Coleraine's defence held out and created a number of chances of their own as the match ebbed and flowed.

Then, with just nine minutes remaining and in a carbon copy of her hat-trick the previous week, Georgina Cochrane hammered the ball past the Queens goalie in a cracker of a goal to send the crowd into a frenzy.

Coleraine held on with Queens putting the pressure on for the majority of the remaining minutes. Caroline McNickle and Claire Connor in particular never let up and intercepted many a ball from Queens midfield.

Having gone into the match as underdogs playing a team doing well two leagues above, Coleraine can be very proud of their performance.

Each player fought hard and with just one league match and the Junior Cup final remaining, the race for the league and Cup double is now truly on.

A huge mention to the coaching ‘dream team’ of Pearl McCartney and Jason McIntyre who have worked so hard every week to coach and improve this team.

Thanks go to Michelle and Ben for umpiring and for the massive crowd support that really buoyed the Coleraine team when energy levels dipped.