Ulster team named to take on Saracens in pre-season opener 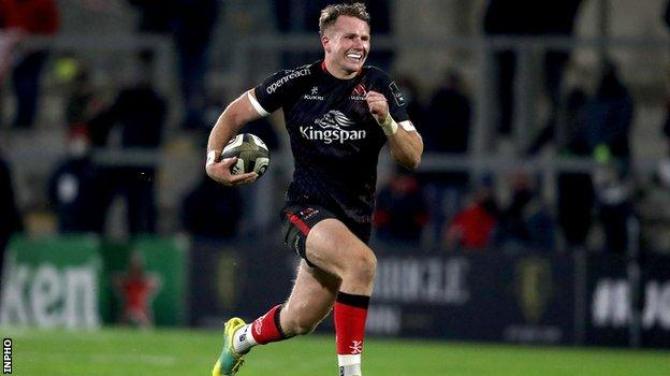 THE Ulster Senior Men’s team has been named for Friday’s Bank of Ireland Pre-Season Friendly versus Saracens, which will be played in front of up to 10,000 Season Ticket holders at Kingspan Stadium (kick-off 7pm).

Aaron Sexton has been named to start at full-back alongside Craig Gilroy and Ben Moxham on the right and left wings. Angus Curtis and Stewart Moore will line up in the midfield. Nathan Doak has been given the nod at scrum-half and he will pair up with Ian Madigan at out-half.

Callum Reid will pack down at loosehead, with John Andrew named at hooker and Ross Kane selected in the tighthead position.

Sam Carter will lead the side from the second row, and is partnered by new signing, Mick Kearney. Brothers Matty and Marcus Rea will start at blindside and openside flankers, with Greg Jones completing the base of the pack.