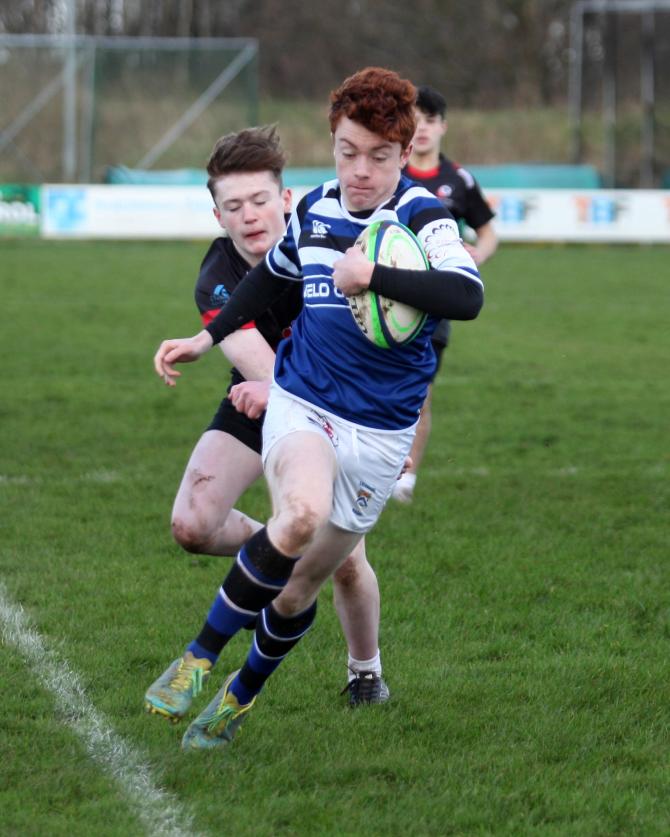 IRELAND against Wales isn't the only big rugby match being played this weekend.

Nope, just a matter of hours before Andy Farrell's side kicks off the 2022 Six Nations Championship against the reigning champions, comes the small matter of Coleraine RFC Under-16s competing in a provincial league final.

Their opponents will be Virgina RFC from Cavan in the Republic of Ireland with the game taking place at Portadown RFC, midway between the two clubs.

The young Bannsiders have been in irrepresible form this season - winning all 14 of their league games and conceding just four triesalong the way.

They maintained that good form in last weekend's semi-final against Rainey OB, blowing their Magherafelt opponents away on a scoreline of 61-5.

The visitors' big pack looked to dominate early on but once the Sandel Lodge backline got into their stride there was only ever going to be one winner.

As well as defeating Rainey on Saturday, Coleraine U16s have had excellent victories against their provincial league rivals including Ballymena, Banbridge and Armagh.

And while this is commendable in itself, the other remarkable aspect of the team's success is that the Year 11 and Year 12 boys are drawn from a range of schools across the borough - many of them non rugby playing schools.

However, head coach Neil Beddow has cleverly integrated the boys into a formidable unit, honing skills from other sports and developing them to improve their skill sets on the rugby field.

“I was delighted by the win on Saturday and with the team deservedly in the final against Virginia," said Neil.

“This squad has been working hard together for the past few years and they are a really talented bunch of lads who have had a lot of success on the field this season and are a pleasure to coach and train.

“They are building as a team and hopefully this will serve us well on Saturday when we would welcome as much support as possible," he added.

* Check out this week's Chronicle newspaper for full preview, including pen pics on the hugely talented Coleraine RFC Under-16 squad, and next Tuesday's paper for a report on the final...