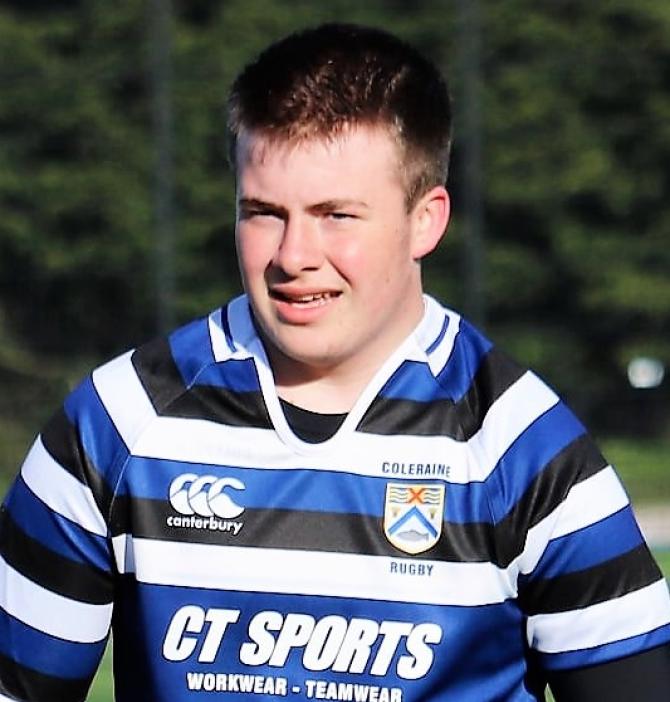 Simon Boorman will captain Coleraine’s Under-16 cup side against Virginia RFC .

ON SATURDAY, Coleraine Rugby Club’s Under-16s will renew their rivalry with Virginia RFC - this time in the Ulster Carpets Cup final, writes Jason Craig.
Last month, the two sides faced one another in the Ulster Provincial League play-off decider and it was Coleraine who ran out narrow - but deserving - winners, 20 points to 17.
Following that performance, Head Coach Neil Beddow described his young charges as 'a special group' and no doubt every one of them will be keen to demonstrate that once again this weekend.
As occasions go, they don’t come any bigger than this as the showpiece event is being staged at the Kingspan Stadium - the home of Ulster Rugby.
Coleraine booked their place by cruising past Clogher Valley 48-12 in the last four stage of the competition, while Cavan-based side Virginia had to dig deep to find a way past a dogged Banbridge outfit. That game eventually ended 19-7.
Looking ahead to the game, Beddow told Chronicle Sport getting to this point has been the culmination of a long-term project involving many people at the club.
“The players and coaching team have worked extremely hard over the last two-and-a-half years and this year’s achievements are reward for all of that hard work,” he said.
“The 22 players in the squad are committed to delivering the cup for the club and will be fine tuning their game plan and techniques at training this week.
“Virginia, as always, will offer a committed and physical game that we need to be ready for on Saturday.”
Preparations are being put in place to take supporters to Belfast on Saturday morning, with coaches scheduled to leave the clubhouse from 11am onwards.
Beddow is urging as many people as possible to clear their diaries and make the trip down the M2.
“I encourage all local rugby supporters to come along to the Kingspan Stadium to watch the best that youth rugby has to offer in Ulster,” he added.
The Ulster Carpets Cup final will have a 12.45pm kick-off.

* Report in next Tuesday's Chronicle newspaper...