Clyde aims to bounce back with new signings 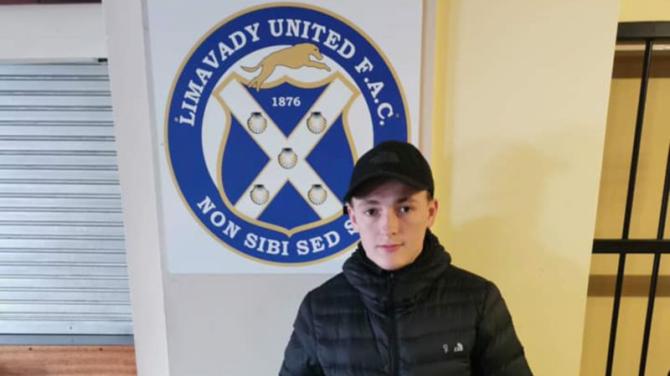 IN a bid gain promotion back to NIFL Championship Limavady United have made several new signings as new manager Mark Clyde hopes to get the club back to winning ways after relegation.

Former Northern Ireland International Clyde is trying to assemble an eager squad mixed with experience and youth, as he aims to rebuild his home town club.

Clyde said: “We've made sixteen signings in total so far.

“Twelve are re-signings and four are new additions. There's a good mix of experience and youth now.”

Mark was pleased with the quality of football on show at local tournament, the Trevor O'Neill Cup which had an obvious influence on some of the new signings.

He continued: “There was a good standard of football being played at the Trevor O'Neill Cup this year. I was impressed with the local talent.

“It just goes to show that the Limavady area is producing good footballers as it always has but it just hasn't came through in the way that we would like.

“I don't know whether this is an attitude problem or due to lack of opportunity but the players are there.

“We can provide guidance to young players and people will be surprised at how successful the club can be.”

Mark has his focus primarily set on the incoming season, but he is also looking to the future where he has other plans.

Mark said: “The main goal for the coming season is to gain promotion and get back up to the Championship but I also want to give local talent and youth more opportunity.

“I want to give young players good experience which will stand to them later in their careers.

“There needs to be a strategy put in place where the youth teams and the first team have a more direct link.

“I want the football club to be a more professional outfit which will allow for more transparency between the senior squad and the entire club.

“The club also needs to play a more active role in the community.

“Having a well run club and successful team in a town like Limavady can only be beneficial for the future of the town.”

Midfielder, Oisin Hassan was signed earlier in the month from Newtowne FC.

Forward Ryan McMichael has also been given a chance after being signed from Burnfoot FC.

Dean Brown joins Limavady from Ardmore and Finbar O'Brien has also become the latest addition to the squad, signing from Ballykelly United.

Local lad Oisin Hassan said “It's a new challenge for myself and I want to be tested at a higher level.

“I'm looking forward to getting pre-season started where I can hopefully show what I can offer to the club.”

The Roesiders had a disappointing 2018/2019 season which saw relegation from the Bluefin Sport Championship.

The blues will hope this season to bounce back to the championship and the management will also be eager to make a few more signings before the season begins.

The pre-season fixtures have been released and will get underway in mid July.