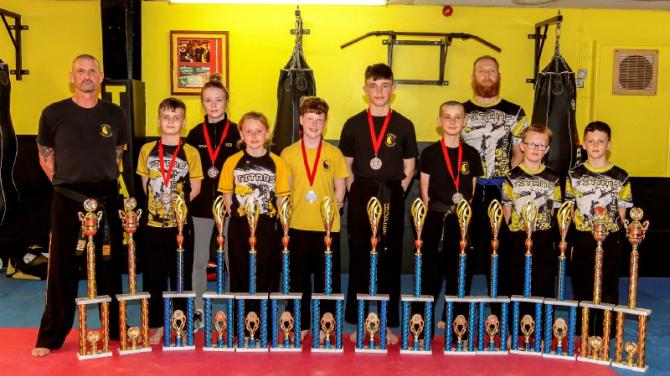 FIGHTERS from the Limavady Titans Kickboxing club last weekend travelled to compete in the European Open Championships at Corby, England.

The local club can also now boast as having nine new BCKA European Champions, Titans head coach Willie Lowry said: “The Titans fighters had been training exceptionally hard for this event and will continue to do so as many of the team prepare to travel with the Northern Ireland team to Austria in October to fight in the WKU World Championships.”

The next competiton for the Titans is the Best of the Best tournament which takes place in Dublin in August.