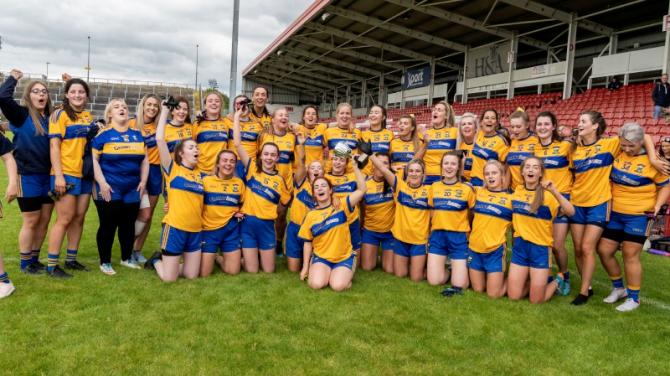 Trailing by one point at half-time Limavady looked to be in control as they led by seven points as the game entered the closing stages, however Dungiven staged a remarkable fight back to level the the tie at 2-08 each forcing extra time.

When Leonie McIlroy completed her hat trick in extra-time it looked like the Limavady girls had the win in their grasp again, but in the game that had everything, Dungiven fought back to level and in the final minutes of extra time the sides were deadlocked at 3-10 a piece.

With an extra-time free kick shoot out looming a fourth Limavady goal from Toireasa Marie McIlroy secured an historic victory sparking wild jubilation among the players and big Limavady support.