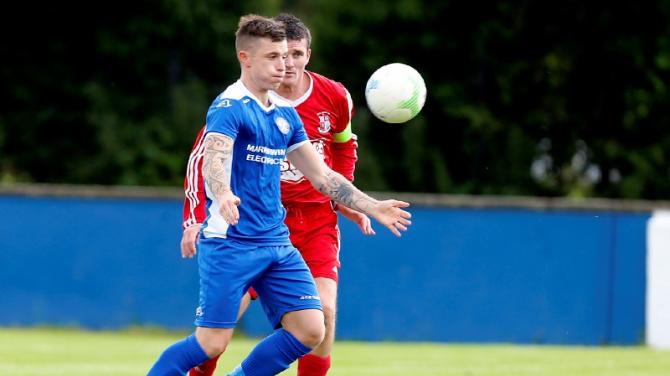 LIMAVADY United came out deserved winners in the first round of the Tennent's Irish Cup as the Roesiders brushed aside Ballynure Old Boys with a 3-0 victory to progress to the second round.

Recent Summer signing Conor McGuinness was on the score sheet twice for the Blues before Nathan Harkin netted the third goal to seal victory for Limavady.

The style of the win has brought further optimism to the squad ahead of the beginning of the league campaign.

Attacking prowess and inventive passing stood out in the Limavady performance.

The Roesiders will try to navigate the Bluefin Sport Premier Intermediate league this season where the club will hope to gain promotion back into the Championship.

While the challenges for the team are sure to intensify as United advance through the season, the squad that Mark Clyde has assembled are fully capable of delivering a successful season with attractive football.

Limavady manager Mark Clyde said after the game: “It was good to get such a good result for our first competitive game of the season.

“We went in at half-time 1-0 up but really should have scored four or five before the break.

“We held the ball well for most of the game and we looked comfortable and calm while in possession. We probably had about 70 percent -80 percent overall which is pleasing.

Limavady United will face Newington at The Showgrounds on August 31 in the first game of the new league campaign.