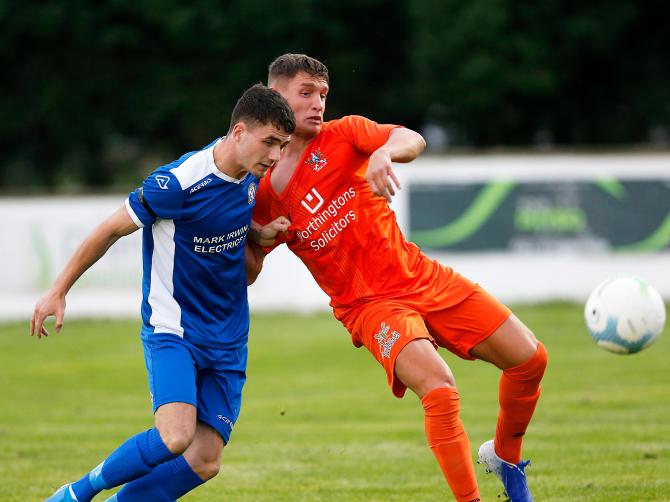 LIMAVADY United will progress to the next round of the BetMcLean League Cup after coming out deserved winners of their clash with Championship side Ards.
The Blues' 4-2 win sets up a glamour tie with Belfast outfit Crusaders who will now visit The Showgrounds in the third round at the beginning of October.
The goal fest at Rathmore Road began early when Sean McCarron scored a quick brace within 15 minutes.
This was followed by Ards player, Kymm Nelson bagging his own double to draw the sides level around the hour mark.
The win was guaranteed after Dean Brown first slotted home in the 65th minute before Ryan Logue scored in injury time to give the home side the right to advance to the next round.
The win displayed the determined character of this new look Limavady side as they responded quickly to the second half equalizer with calm efficiency to deliver the merited win.
The visit of Irish Premiership side, Crusaders to Limavady will attract a fair amount interest to the local game and is sure to give motivation to the players in the United squad.
Manager Mark Clyde said “The draw with Crusaders is good for the club as it gives the players a chance to play against one of the top sides in the country. You want to be play against the best so we're pleased with the draw. We'll prepare for the game just like any other.
“The league is obviously our priority but it would nice to put in a good performance against top opposition.”