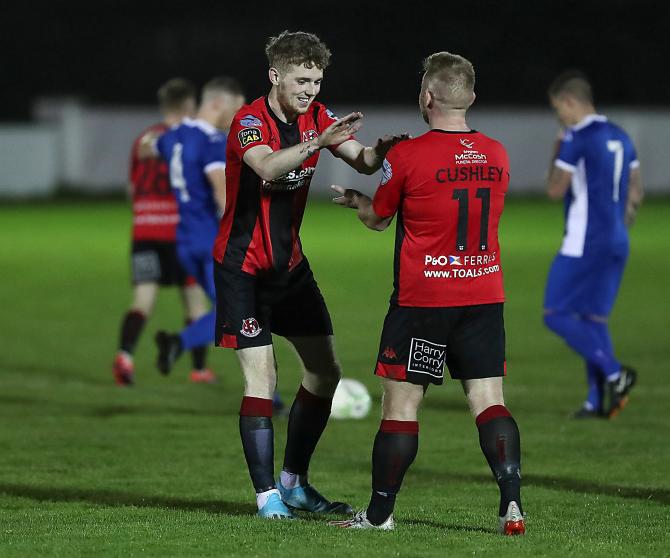 CRUSADERS were able to see off Limavady United with relative ease as the North Belfast men made their journey to the North West in the BetMcLean League Cup and went home with a 4-1 victory.
Colin Coates opened the scoring in the sixth minute when he was able to get on the end of a whipped cross and finish from close range.
David Cushley made the score 2-0 after 23 minutes just before Dungiven man, Jamie McGonigle was able to provide a dipping rocket from 25 yards to all but end the game as a contest giving the Crues a three goal advantage.
In the 49th minute Ryan Doherty was able to find the net for Limavady after a saved effort was rebounded which made the score 3-1.
It wasn't before long when Crusaders re-established their three goal cushion with Paul McElroy's glancing touch to make it 4-1.
The game could've saw a further fifth goal for Stephen Baxter's men when the cross bar was rattled in the closing stages.
Crusaders looked comfortable throughout and never looked like getting out of second gear. They will now face Ballymena United in the Quarter-Final of the League Cup.