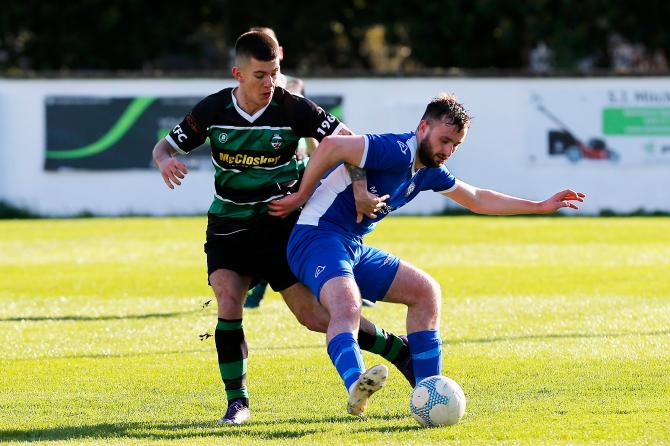 LIMAVADY United bowed out of the Craig Memorial cup at the quarter final stage this weekend as they lost to Dungiven Celtic 0-2.
Dungiven Celtic made the short journey to Limavady on Saturday when they faced off against LUFC at The Showgrounds.
Ciaran Lynch picked up a 4th minute goal which was followed by a 40th minute strike by Daniel Gilfillan which gave the visitors a two goal lead at half time.
The two first half goals proved to be the difference between the sides as the two goal advantage remained intact until the final whistle.
Dungiven Celtic will now move onto the semi-final where they hoep to book a place in the Craig Memorial Cup final on Boxing day.
Limavady United next match will see them face Aquinas F.C at home in the third round of the Irish Cup.
The mach will be played at 13:30 on Saturday 2nd November.