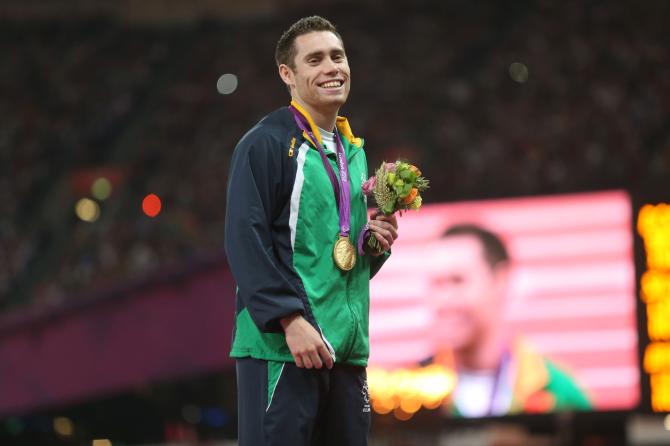 JASON Smyth, pardon the pun, shows no signs of slowing up any time soon after securing a 20th gold medal at the World Para Athletics Championships in Dubai last week.
That makes it eight visits to the top step of the podium for the Eglinton man and, to make the 32-year-old's achievement even sweeter, his time of 10.54 seconds was also good enough to break his own Championship record of 10.61 set in Lyon back in 2013.
The victory takes Smyth's gold medal tally to 20, which includes five Paralympic golds, nine World Para-Athletics Championships and six European titles.
Remarkably, Smyth has remained unbeaten in a 14-year Paralympic career.
There was some concern following the heats that Smyth could face a serious challenge from arch rival and Australia’s Chad Perris, whose qualification time of 10.87 seconds was only 0.04 slower than Smyth's time.
However, in the final any such doubts were dispelled as soon as the gun was fired as he blasted out of his blocks in the quickest reaction time of 0.178 seconds.
Now based in London, Smyth has always displayed remarkable consistency, and throughout the years his disability relating to a visual problem in one eye has not affected his achievements against many able-bodied athletes.
He still holds the Northern Ireland 100m record for able-bodied athletes of 10.22 and has also numerous NI and Irish titles gained across the years.
He has amassed no fewer than 19 major championship medals dating back to 2005 and has emphatically dismissed any talk of calling it a day.
Indeed, he has already stated his intention to compete at the Tokyo Paralympics if he is fit and healthy and running at his peak.
"I can't remember too much of what happens when the gun goes," Smyth told RTÉ Sport.
"All of a sudden, you're crossing the line. It's a major event and the reality is it's all about who crosses the line first.
"These are the moments that we are all looking for and want to be a part of, so you have to enjoy them.
"It's a championship record. Looking forward, I'm really in a good place to kick on moving into the Paralympic Games in nine months' time."
He added: "It's been another incredible World Champs.
"Things obviously have been going very well this year, and it's such a strange time of the year, November, to be trying to put up fast times.
"But to come here and put up one of my fastest times of the season is a testament to a lot of people that are around me and supporting me and putting me in a position to get here."