Roesiders bow out of Irish Cup 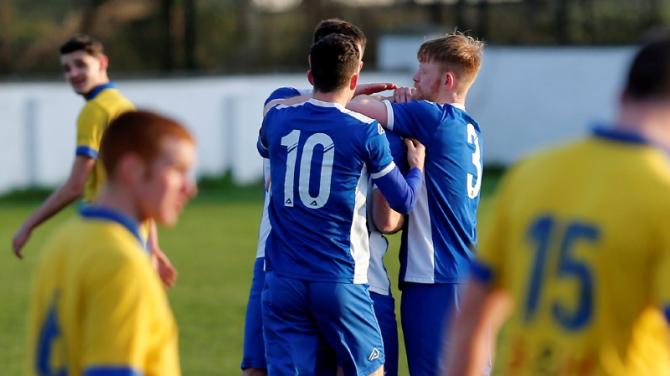 Limavady United faced off against their league rivals in the fourth round of the Tennent's Irish Cup at The Showgrounds.

It was Bangor who prevailed in a testy encounter and will march on to the fifth round after a fairly resounding result.

There was little to report in the opening 20 minutes of the encounter as both sides attempted to breach each others defences to no avail.

After a scrappy start the North Down men went in front when a Matthew Johnston strike rattled the net from 25 yards out from goal on the 21st minute.

In the 37th minute Johnston almost made it a two goal lead for the Seasiders when he attempted another long-range effort to test Connor Brown in goal but the shot was well saved.

The closing period of the first half proved to be all going in the favour of the visitors who were pressing effectively.

The Half-Time whistle sounded and Bangor F.C. went into the dressing room with a one goal advantage.

The second half began with a visibly reinvigorated attitude from the Limavady players who were now firmly in search of an equalizer.

A Limavady corner was narrowly headed over the crossbar before the Roesiders had their first real chance of the game in the 52nd minute when Ryan Doherty's punted effort was well saved by Bangor goalkeeper, Darren Gibbons.

Limavady seemed to have settled into the game now and were piling on pressure unlike had been seen in the game's first half.

Limavady United got their just rewards for this refreshed energy when Sean McCarron's low free-kick shot rounded the Bangor wall and squeezed into the bottom corner and equalized for the home team in the 72nd minute.

United were now in a dominant position in the game and looked like they would go in front after successive chances from Sean McCarron and Dean Brown were denied by Darren Gibbons' heroic saves in the 74th and 75th minutes.

Against the run of play Bangor pushed into the lead in the 78th minute when a zoomed crossing ball from the left wing allowed Ben Arthurs to slot home from close range.

Limavady's dominance had now faded and Bangor were now securely in control of proceedings.

Bangor substitute, Ethan Boylan, was dismissed after picking up two cautions in the space of ten minutes.

Any hope of a late equalizer for Limavady was dashed when Cooling converted a penalty for Bangor in the 91st minute after Connor Brown pulled down McMullan in the box.

The result proved disappointing for the Limavady faithful however they will now have full concentration on their league campaign which will resume on Saturday December 7 when they will visit Lisburn Distillery.

A special mention must be given to Limavady United midfielder who made his 200th appearance for the Roesiders against Bangor F.C.

Despite defeat McCarron stood out creating chances along with crisp passing. McCarron also scored the only goal for the home side, a beautifully finished free kick.