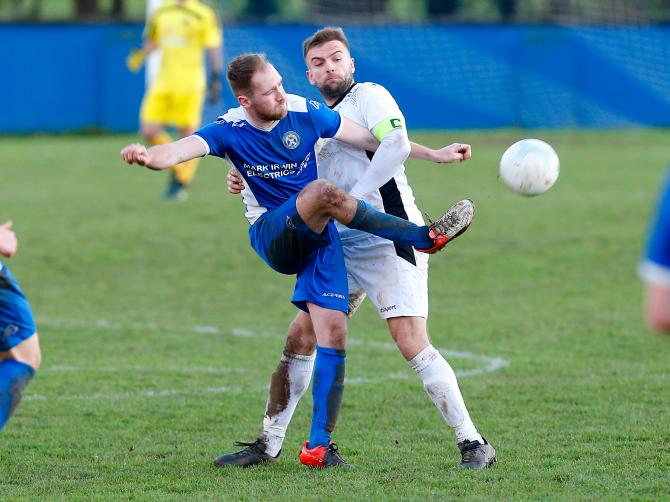 Stephen Mills made his debut for Limavady United against Lisburn Distillery on Saturday. WK06-398KDR

LIMAVADY United could only secure a draw at the weather beaten Showgrounds on Saturday, as Lisburn Distillery grabbed a last minute equalizer to share the points in this mid-table clash.

Limavady United began the first half the more energetic of the two teams going forward with good displays of authoritative attacking in the opening stages.

Gary McFadden was the creator of one of the most dangerous attacks of the day when on the 8th minute mark he cut in from the right wing and beat the keeper at the near post to give the Roesiders an early lead.