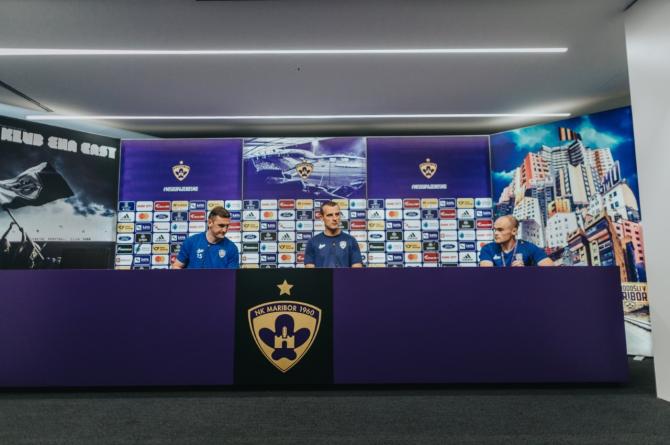 Coleraine boss Oran Kearney acknowledges that tonight's game against NK Maribor is a 'completely different task' to the one against La Fiorita last week.

The Bannsiders made the journey to Slovenia early yesterday morning and trained at the Purple Garden stadium around 7pm GMT.

Despite going into last week's game against the Sammarinese opposition as favourites, Kearney knows that it will be totally different against NK Maribor who have qualified for the group stages of the Champions League twice in the last six years.

“We had a nice flight this morning and everything has gone smoothly so far," Kearney said.

“Slovenia from the sky especially is a beautiful country and we are very glad to be here.

“The temperature is slightly different to what we are used to and so far it has been a great stay and we look forward to getting out on the pitch.

“We are obviously delighted to get through a round and we know from research and there is a lot of history in relation to the size of the club Maribor is and their achievements in European competition over the last few years.

“We are all very excited by the challenge we know that it is going to be tough but with that we want to go and give a real good account of ourselves.

“We had a couple who didn’t travel due to work commitments we have no Stephen Douglas, Curtis Allen and Jamie Glackin is obviously injured with a broken arm but apart from that we have a full squad.

“In seven days it has flipped because in the last game we were made favourites even though we were not seeded.

“We were glad to come through that game but seven days on it is a different task completely.

“It will be one that we will respect but in the same stretch we feel as a group that we want to come here and use this opportunity to give it a go."

Those comments were echoed by club captain Stephen O'Donnell who hopes that recent European experience will stand his team mates in good stead.

“For us as a group this will be our third away trip in Europe and we are hoping that we can take the experiences we have gained from the last couple of years and use them to our advantage," he continued.

“All experience is good experience and it will give us an insight into what we are up against tomorrow night and an opportunity to face a situation we have been in before and the pressures and intensity that the game will bring.

“The training session will be a tester for the boys it is cooler in the evening than it was today so the heat might not have as much of an impact as we thought."